Hello Folks and Happy new year once again.  I hope to showcase tons of wonderful couples and events this year and invite you to come along on this 2013 journey. I truly feel 2013 will be an amazing year for all of us!!

To get 2013 started i would like to introduce you to Alexandra and Michael.  Alexandra found out about me through another awesome couple. I later found out they are also friends with another couple i shot Linnea & Vincent and Michael will actually be on their wedding party. I honestly love how my clients are connected. Three words i would use to describe Alexandra and Michael are cool, fun and stylish. I really had a great time with both of them. Alexandra and Michael grew up in Atlanta so they wanted their pictures to reflect that. We started off at their favorite park Piedmont Park then to Atlantic Station where we got some great skyline shots. Congrats on your engagement guys! Check out the story on how it all started and a few pictures from the day. Enjoy!

Alexandra and Michael met in January of 2005 at their alma mater, the Bulldog Nation- The University of Georgia. They were instantly drawn to each other and became close friends. The friendship rapidly developed into more and by May of 2005, this happy couple was official. They were young and in love and the sky was the limit for this ambitious and attractive pair. They both excelled at UGA and went on to pursue advanced degrees post college- Alexandra is currently pursuing her JD from Howard University School of Law in Washington, DC, set to graduate this May and Michael completing his MBA in Finance from the University of Massachusetts, Lowell in May of 2012. It was after his graduation ceremony in Boston that Michael, surrounded by close family with the beautiful Boston skyline as a backdrop, got down on one knee and asked Alexandra to spend the rest of her life loving him.
Among the couple’s favorite activities are traveling, listening to music and going to live concerts and of course, UGA and Falcons football. Over the years their love for each other continues to grow, and they know that at the end of the day, despite the curveballs life can present, as long as they have each other, they are capable of anything. They share their lives with their “child” an American Staffordshire Terrier, Sasha, Alexandra’s college graduation gift to Michael. Their wedding is set for November 10th, 2013 at the Biltmore Ballrooms in Atlanta, GA. 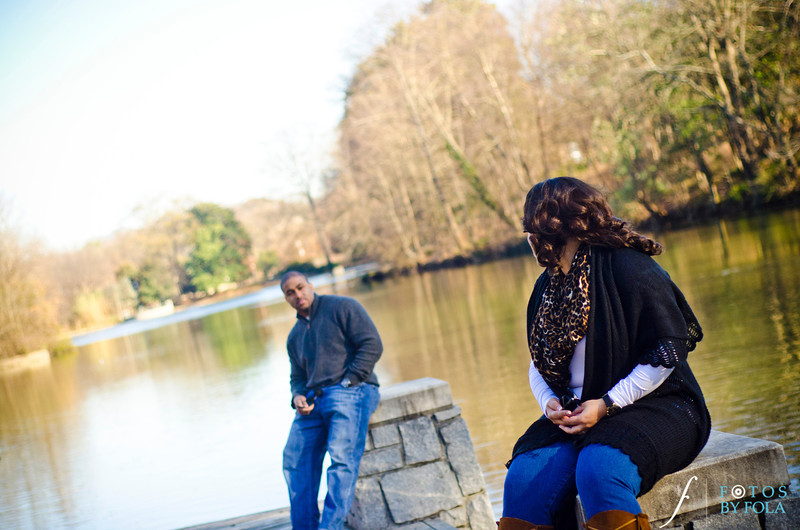